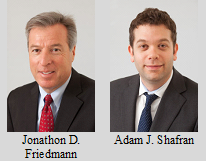 The settlement stems from allegations that Allied used an unlawful payroll formula to miscalculate health insurance deductions that it took from garbage and recycling drivers’ pay between 2008 and 2015. The complaint alleged that drivers who were to be paid according to the Prevailing Wage Law had a set amount deducted from their paychecks by their employer regardless of which of the 30 different company health plans they chose, or whether they opted out of the health insurance all together.

A significant portion of the 450 class members will receive a substantial award under the settlement. This case should act as a reminder to employers about the importance of properly calculating their employees’ health-insurance deductions and the potential implications for violations of the Commonwealth’s strict wage laws.